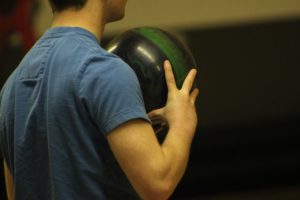 For most teens, high school is a challenge, but for a young person like Shane* substance abuse and running with the wrong crowd landed him in Juvenile Detention, where he missed over a month of school.

Things were difficult at home before Shane’s arrest, which led to his mom’s refusal to take him in afterwards. After spending nearly a month in Juvenile detention, Shane’s probation officer offered him an alternative to more incarceration: New Beginnings.

New Beginnings operates the only 24-hour licensed shelter for youth (ages 12—19) in Maine. The shelter offers a safe supervised place for young people to stay for up to three weeks. During this three week period staff work with young people on reunifying with family, connecting with supportive services, and ultimately finding safe stable housing for each young person who walks through its doors—young people like Shane.

After arriving at New Beginnings, Shane struggled to adapt to the structure and expectations of the shelter. He had daily blow ups that resulted in slamming doors and self-isolation. He refused to participate in school and was unwilling to attend weekly groups. Shane continued to work against the grain and was resistant to connect with staff.

One weekend staff planned a bowling trip. Shane decided to go despite his initially reaction of, “that’s stupid.” Shane won the game.

He discovered he actually enjoyed bowling and had fun spending time with staff. He mentioned that he couldn’t remember the last time he had experienced fun without drinking or ending up in cuffs.

Shane began asking when the next bowling trip would be. He started sitting in the office just to be around staff and would occasionally share an experience or story from his life.

This connection with staff had a remarkable effect on Shane’s shelter stay. He began participating in PowerSource groups focused on helping with emotional literacy and mindfulness techniques.

He started going to school and worked with staff to catch up on his school work. Shane was an active participant in family mediation with his mom. He became hopeful that his life could improve, and understood that the secret to his success was inside of him.

After leaving the shelter, Shane remained connected to staff. He would frequently call to check in, share a story or seek guidance. Shane went through a residential program, returned home, and graduated high school. 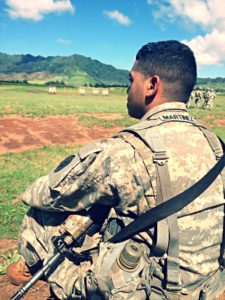 He continued to call to update staff on his struggles and successes. After some time the phone calls became fewer and farther between.

One morning staff received a call from Shane. It had been about a year since he had called. He was so excited to share the news that he had graduated basic training and was now a Marine. Shane expressed how thankful he was for the unconditional support he received from New Beginnings. He thanked staff for seeing something in him he was unable to see in himself.